PugChamp was conceived in December 2015 as a successor to tf2pug.me, a similar web-based draft-organized PUG system. It aimed to not only recreate the same functionality but add to it with features like ratings and automated servers.

After a rapid month of development, the service went into open alpha in late January 2016. Rapid testing and refinements let the system move into beta in mid-February, where it currently sits as further enhancements and changes are made to perfect the concept.

Running a complex system like PugChamp isn't free, and we could always use some help to keep the servers running. 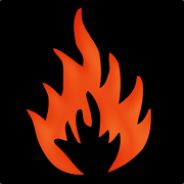